In recreating a new Eddie Longo book, finding an appropriate title for the book, as well as one that would match the visual on the cover was a process like any other associated with such a project. I was lucky to already have an enthusiastic collaborator in John Gallone…a former resident of the area where Eddie Longo and I hail from, but also a long time citizen of Seattle, Washington where Eddie made his debut.

Early on, it was crystal clear that Gallone understood the Eddie zeitgeist perfectly. He was living in Seattle when the first Eatin’ Out with Eddie strips appeared in the ROCKET, and he was raised not 15 miles away from me in Pennsylvania. He knew the Eddie character from growing up in the same blue-collar-steel-belt slice of Pennsylvania where I was raised and chose to make Eddie’s original birthplace. Not surprisingly, John and I connected on many levels in brainstorming on the future of those Eddie Longo strips languishing in my flat files for so many years.

John also helped me find the right title for the book as well as acting as a sounding board for the different ideas I was considering in expanding the book into something a little more than just a collection.

The original cover I did for the mini-book, 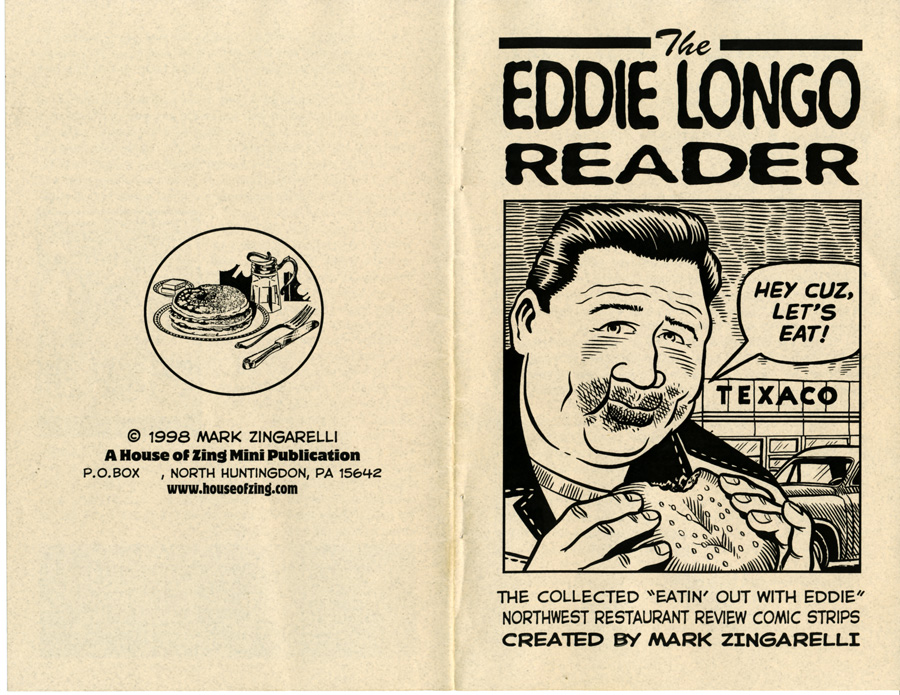 was just fine for that little volume. However, when the larger book was being conceived, it was too small an image and not quite appropriate for a larger format publication.

After considering several ideas for the cover, I chose to highlight one of the eateries that I had not covered in my reviews, but that had been on my short list to do as the series unfolded. One thing I found with the Eatin’ Out with Eddie column was the abundance of dives and joints that were out there. Many of these places were already well-known to most Seattlites, so I was saving them to feature more obscure and less-known cafes, planning on including the long-time favorites eventually.

Seattle residents already familiar with Eddie’s milieu would know these places by name and reputation. A short list would include the very next place that was on my list, Mike’s Chili Tavern/Parlor… 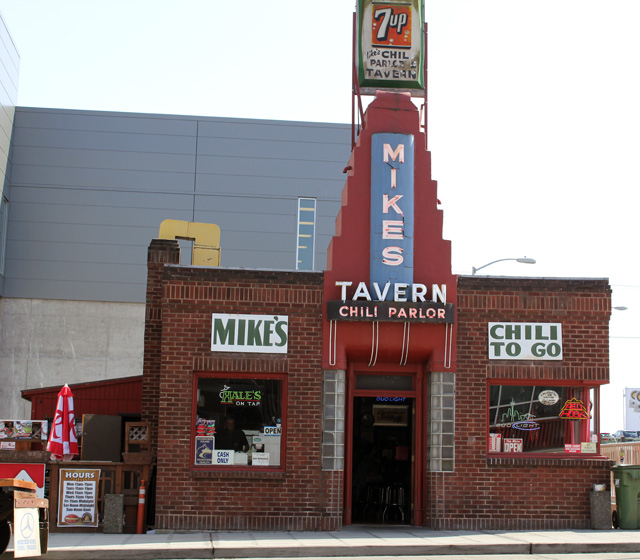 …another local institution, now sadly gone since Eddie & I left Seattle, Bob Murray’s DOGHOUSE, where the slogan was “All roads lead to the Doghouse.” 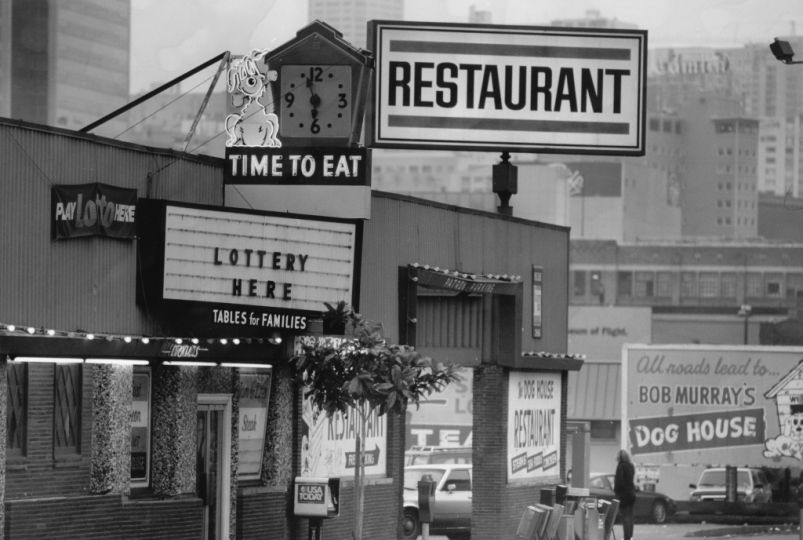 Although Eddie swore he would never do a “chain” restaurant, he was particularly fond of Dick’s Drive-Ins various locations, 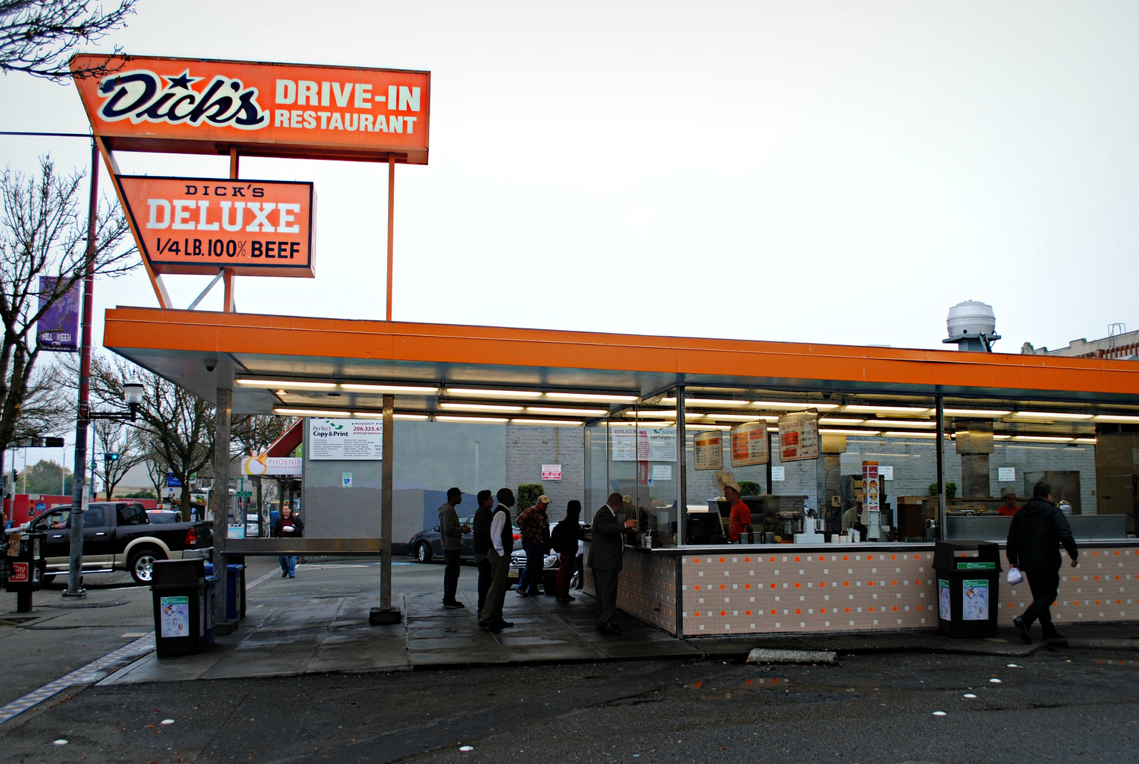 And then there was the Mecca Cafe on Queen Anne. 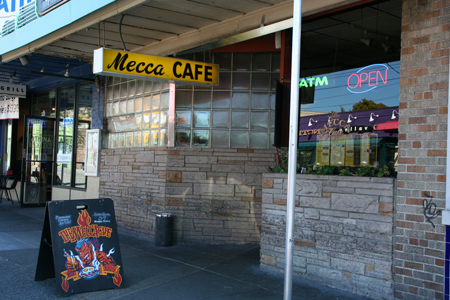 Which brings me to the first cover idea I began work on. Remembering the places I wanted to review, the places that so many others wanted to see Eddie review, I thought that an image of one of the places Eddie never got to review in print might make a good cover. So I drew up a rough which I’ll share here. 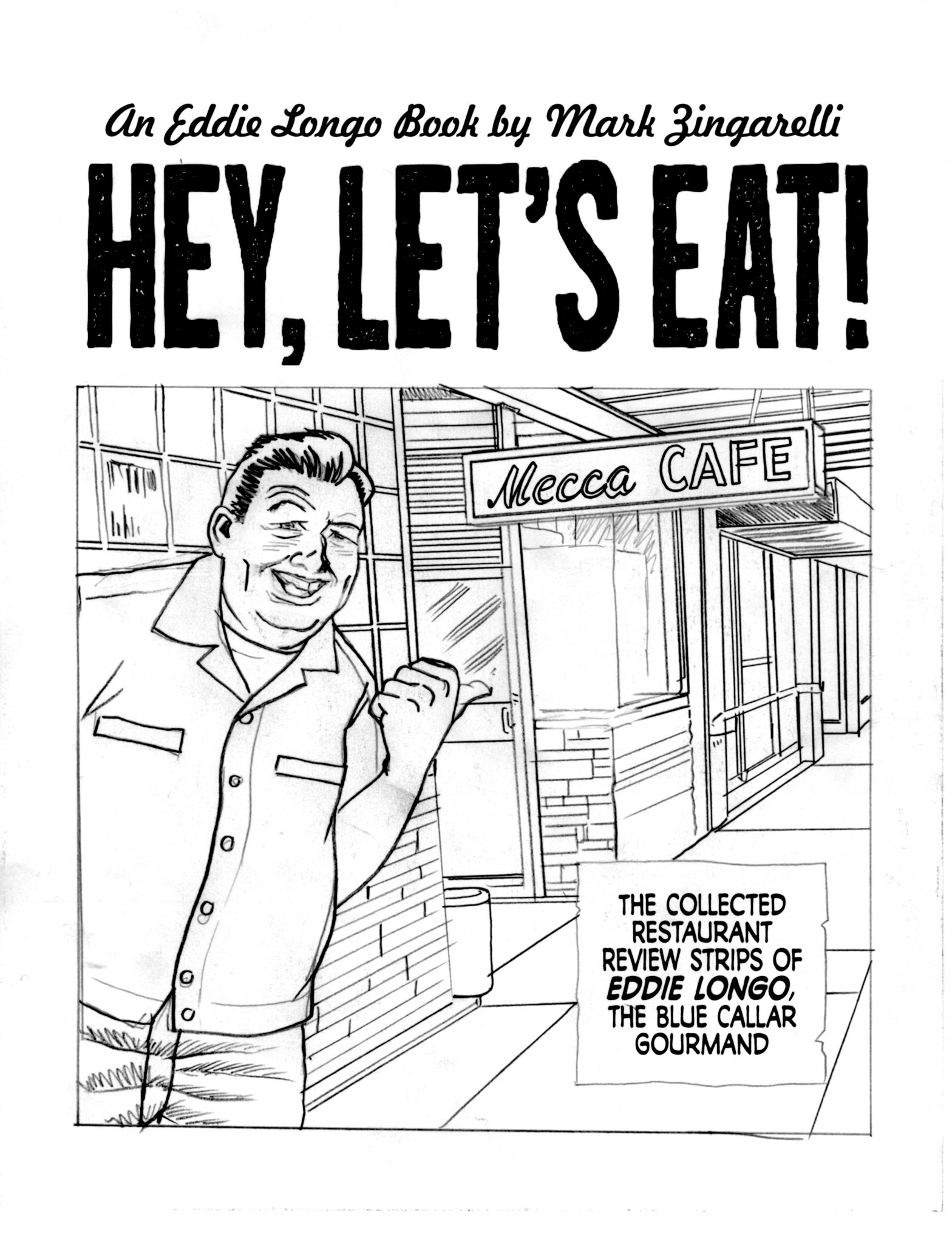 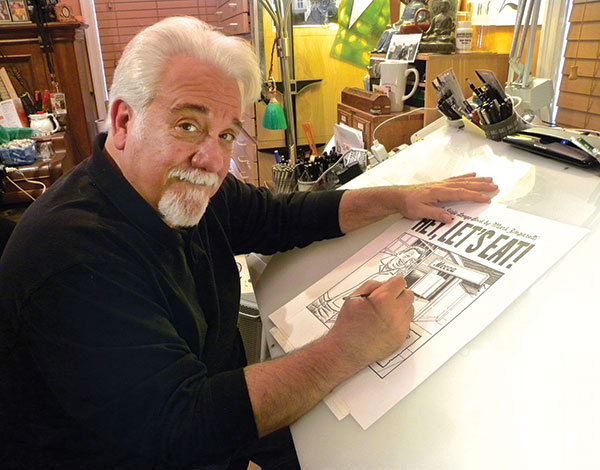 And I was happy with this as the cover. For a while. Until I realized that I finally had to change the overall dimensions of the book to match the actual scans of the original Eddie strips.

My own book design was based on another series of books published by Fantagraphics under the “Ignatz Collection” edited by Igort. A beautiful series with a French flap cover, and really perfect stock picked for interior pages and the cover. The trim size on the Fantagraphics’ Coconino Press books is 8 3/8 X 11 3/8″. And I just went ahead with those general dimensions, but at 8 1/2 X 11″. But as my project was evolving in production it became clear to me that I really needed a narrower page to accommodate the reduced images of the original Eddie strips. Something closer to 8 X 11 1/2″.

Anyhow, the cover was almost completely inked when I decided to make this change. I thought I could rearrange the elements a bit and I probably could have made it work when I happened upon a place I had discovered months ago, long after I’d started putting the Eddie Book together. And though this place was not in Seattle, nor another place that Eddie had previously reviewed it had a certain je ne sais quoi that matched Eddie’s ultimate type of place. An ultimate sandwich, an ultimate combination of condiments ON that sandwich…

I had read about a joint called Fat Johnnie’s! In Chicago…with a sandwich called “The Mother-in-Law”. 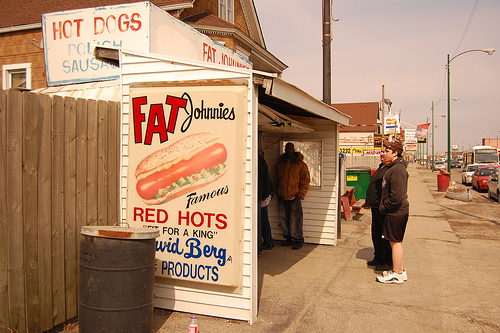 In the first cover idea I had Eddie about to walk into the Mecca Cafe on Seattle’s Lower Queen Anne, however, I now decided to have Eddie in front of different kind of Mecca. A Mecca that Eddie would definitely leave town to seek. And so now the cover is very different, and I will actually have an Eddie account of Fat Johnnie’s Eddie’s new Midwestern Mecca of Eats in the book.

I’m hoping this will be the best idea yet. It certainly looks that way to me…so far.