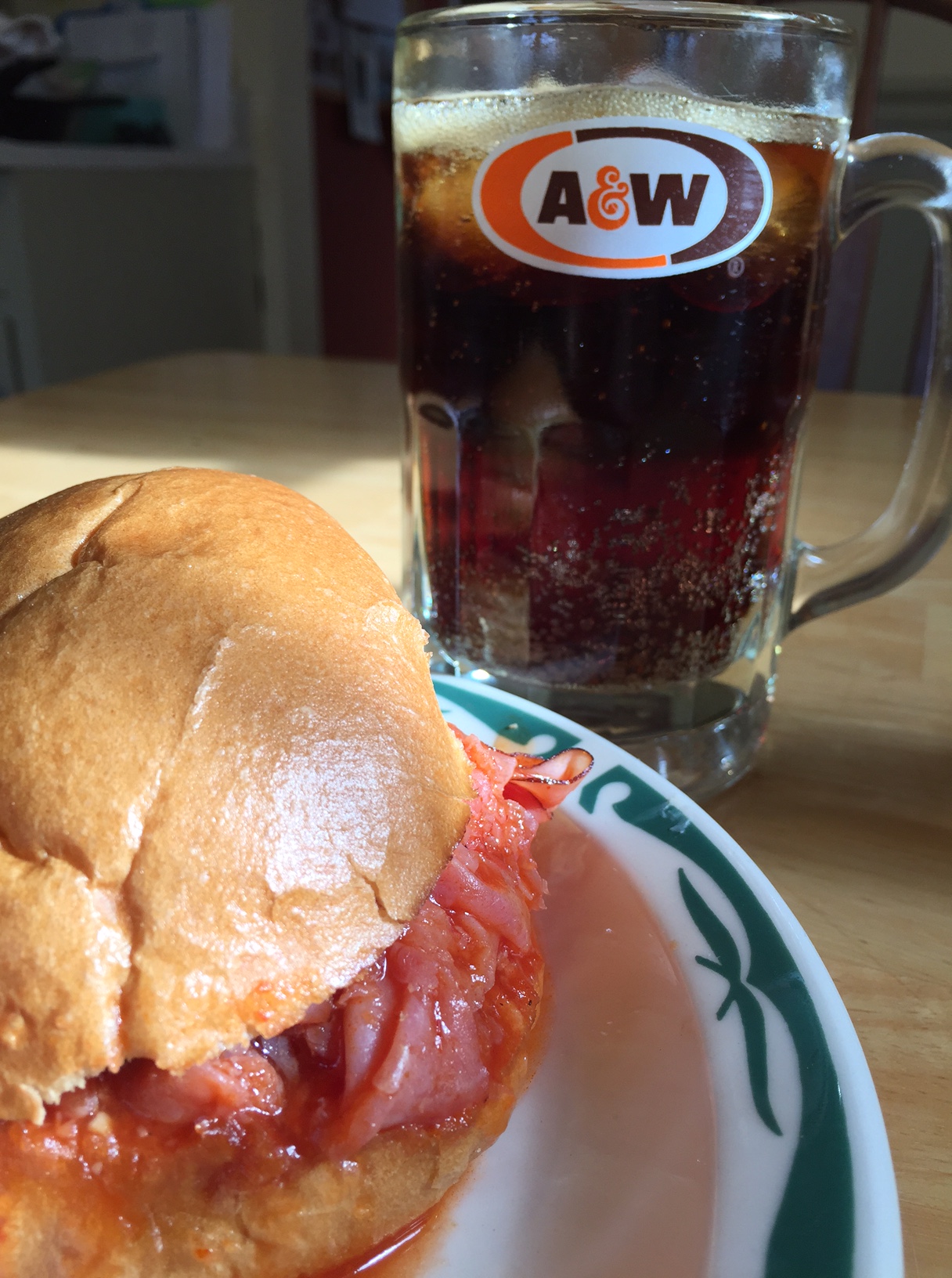 “What is patriotism, but nostalgia for the foods of our youth?”

When you move away from your hometown (your “neck of the woods”) to somewhere new, there often comes (after the excitement for the new) a longing for the food from your childhood. It could be your grandmother’s homemade pasta, or you mother’s meatballs, a certain pizza you had as a child that made a lasting impression.  Maybe it was a regional food that was served prominently in your part of the state. Maybe it was something like Isaly’s Chipped Chopped Ham from Southwestern Pennsylvania?

After living in San Diego for a little over a year and still exhilarated by the first Authentic Mexican food I’d ever tasted, I began to hanker for the less exotic foods of my hometown. My appetite for Mexican food had not diminished one bit, but every now and again, some childhood food memory crept into my psyche and created a brief pang of longing. It’s the curse of a big eater.

The first twinge was oddly centered around a giant fried fish sandwich I used to get from the Oyster House in Pittsburgh. What it made it so odd, was that even though San Diego was seaside city with some seafood restaurants, none of them except McDonald’s served a fish sandwich. And believe me, the Mickey D Filet-O-Fish was no Oyster House giant fish sandwich. Not by a long shot. So I resigned myself to waiting until I could return to Pittsburgh to satisfy that particular longing.

The next food I missed was a certain kind of sandwich. Really ANY kind of sandwich with quality Italian lunch meats. Alas, San Diego had no delis (or restaurants for that matter) that could appease my former love of subs or hoagies. There was not a single place in San Diego that sold hot Capicola (or Gabagool as many of my family pronouced it). Nowhere. Now, this was back in 1976 and I’m sure things have changed in San Diego by now. But back then…

At one point, I even missed good ol’ Isaly’s Chipped Chopped Ham. Also not available in San Diego or anywhere in the west. And the first thing I did upon a return visit to my Pennsylvania hometown from San Diego was to ask my mother to lay in some chipped ham so I could have a chipped ham sandwiches once I got back.

And here is where reality and fantasy sometimes collide. Upon tasting the original Isaly’s Chipped Ham I discovered I actually didn’t like it anymore. It was too fatty for my changed tastes. Just like I had never become a fan of Headcheese or Scrapple (two other luncheon meats popular in PA), I now found that I couldn’t stomach chipped ham! I thought maybe I could alter my tastes a little by adding the chipped ham barbecue sauce also sold by Isaly’s to add to chipped ham for what we simply called a ham barbecue sandwich.

But that didn’t really change my loss of love for chipped ham. So now that I’m back in my hometown (having lived on the west coast for over 20 years)  I’ve come up with a remedy for the ham barbecue sandwich. The Upgraded Ham Barbecue!

Here is the fool-proof, and much better tasting Zing version of that old favorite.

First, get some Maple Ham lunch meat chipped or shaved (Forget the Chipped Chopped Isaly’s Ham once and for all). Place about 1/2 pound into a medium sauce pan. 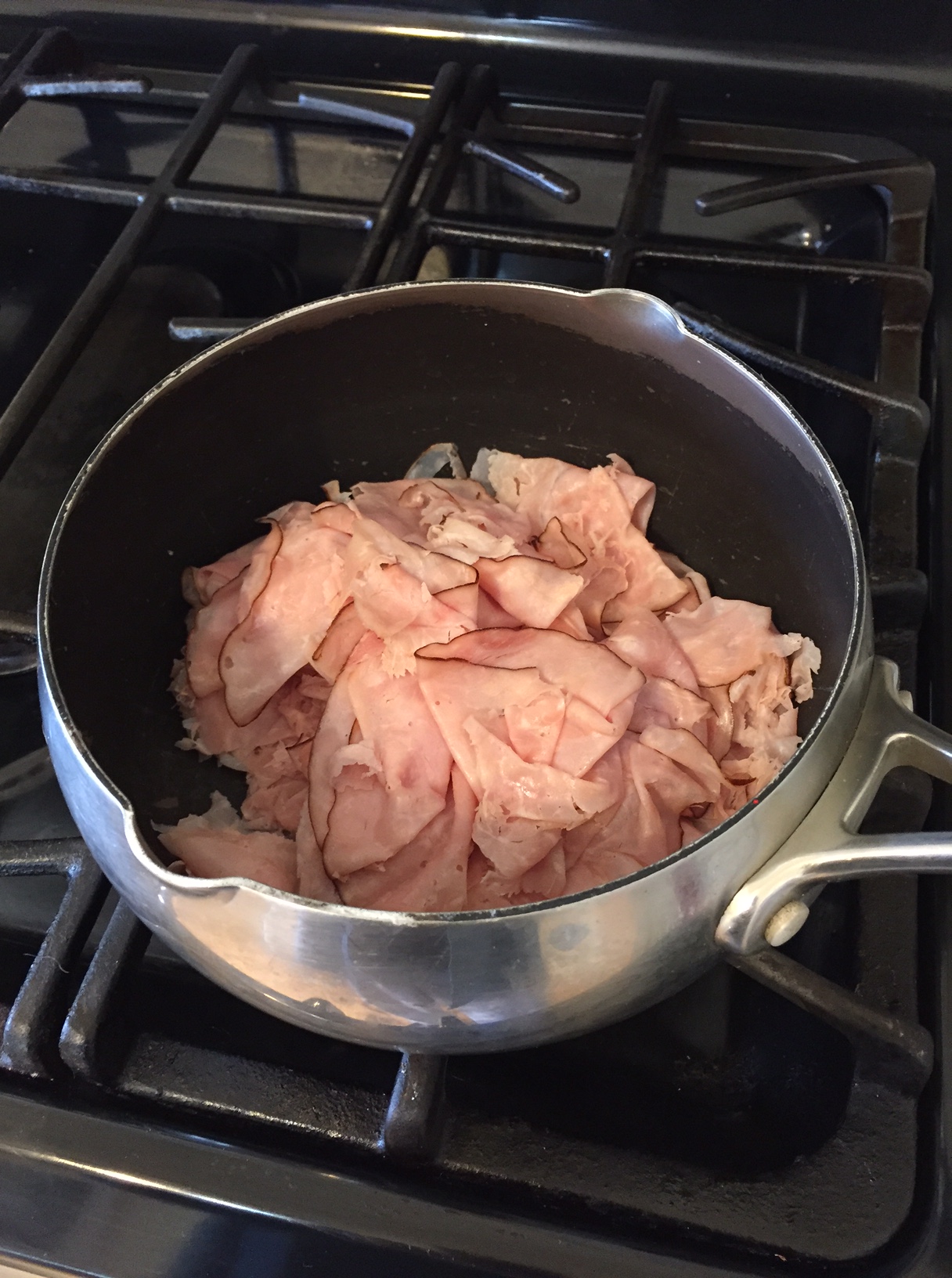 You can still use your good old fashioned Isaly’s Original Barbecue Sauce. You still want that sweet vinegary barbecue flavor. 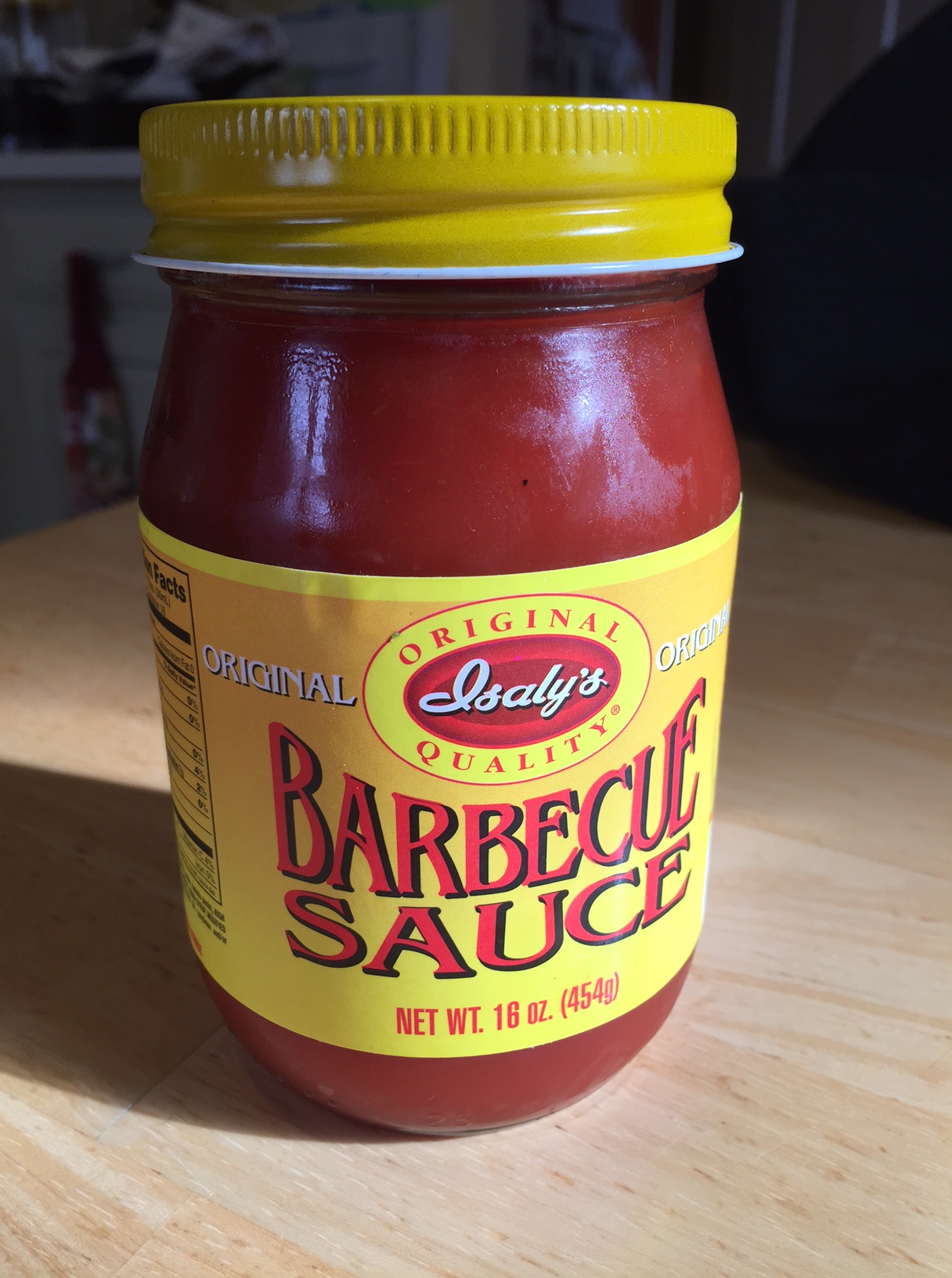 ..then heat it on a medium high setting until it starts to bubble. 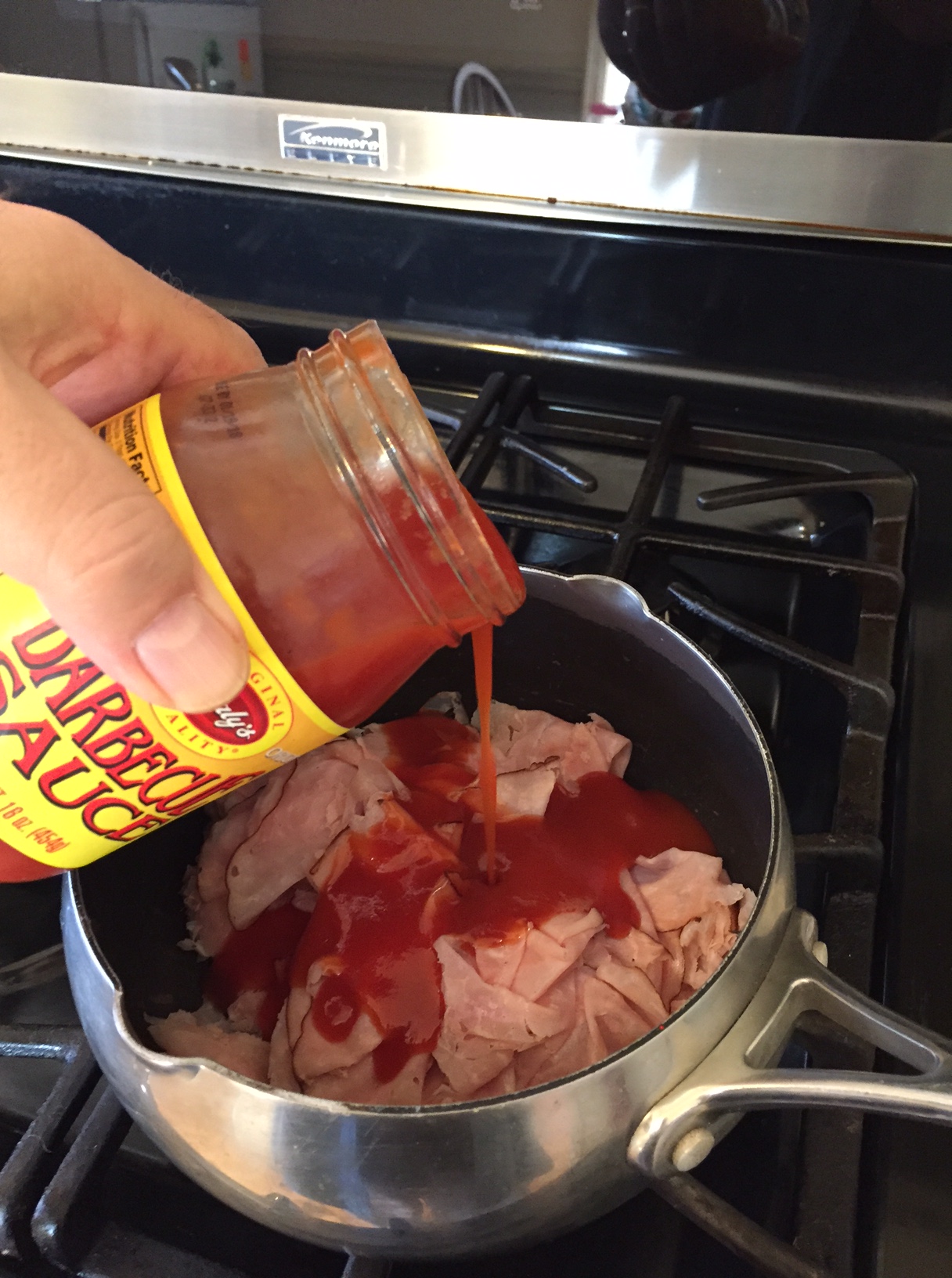 Stir it every sooften to break up the meat a bit and coat ALL the pieces. It shouldn’t be too soupy as the fat from the chipped Maple Ham will make it juicier as it heats.

While the meat pot is on a low simmer, get your buns ready…use a firmer Kaiser roll instead of a regular hamburger bun. These can get messy and the Kaiser roll will stand up to the juiciness. 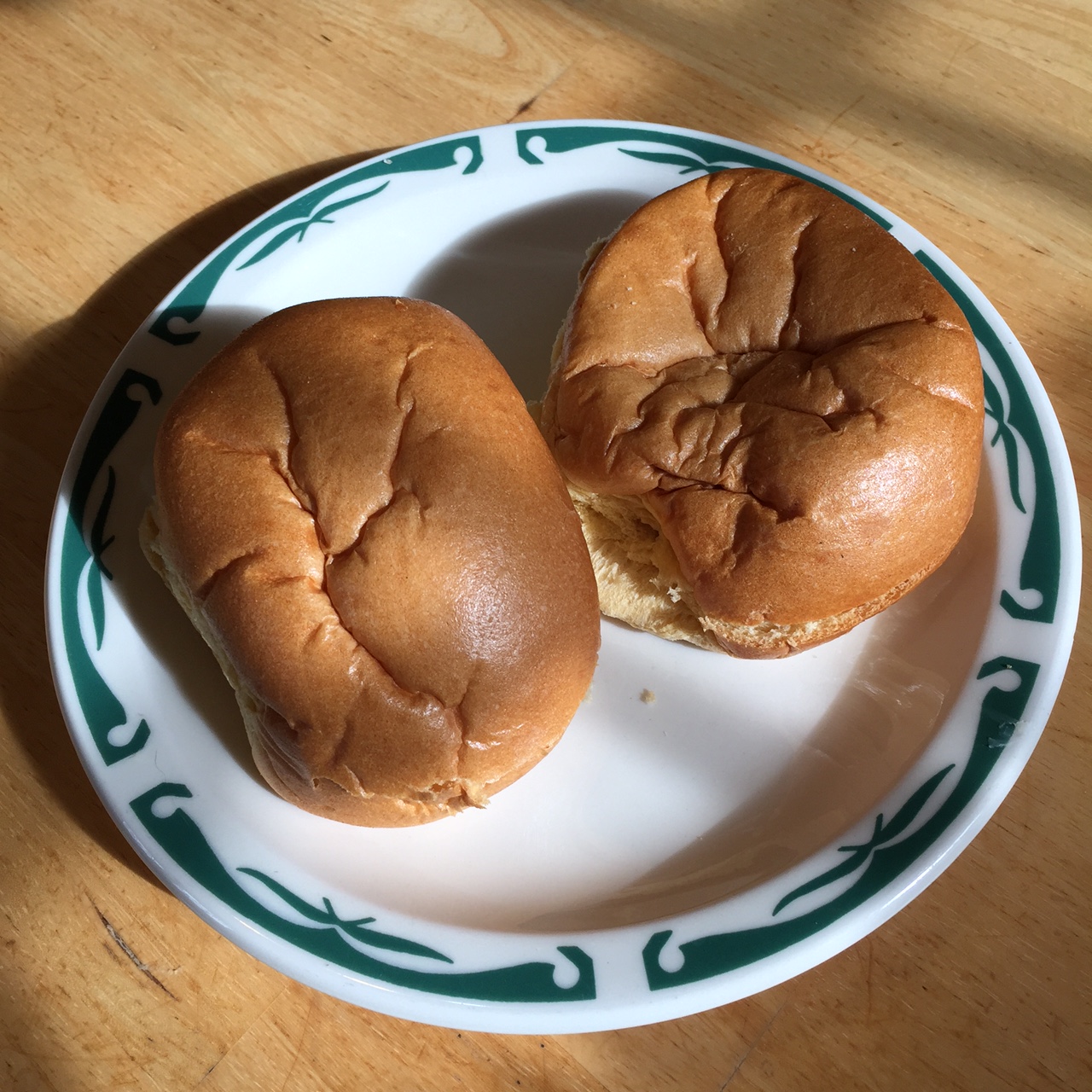 Split the rolls and add them to a medium sized frying pan that you have already melted a 1/4 TBS of butter. 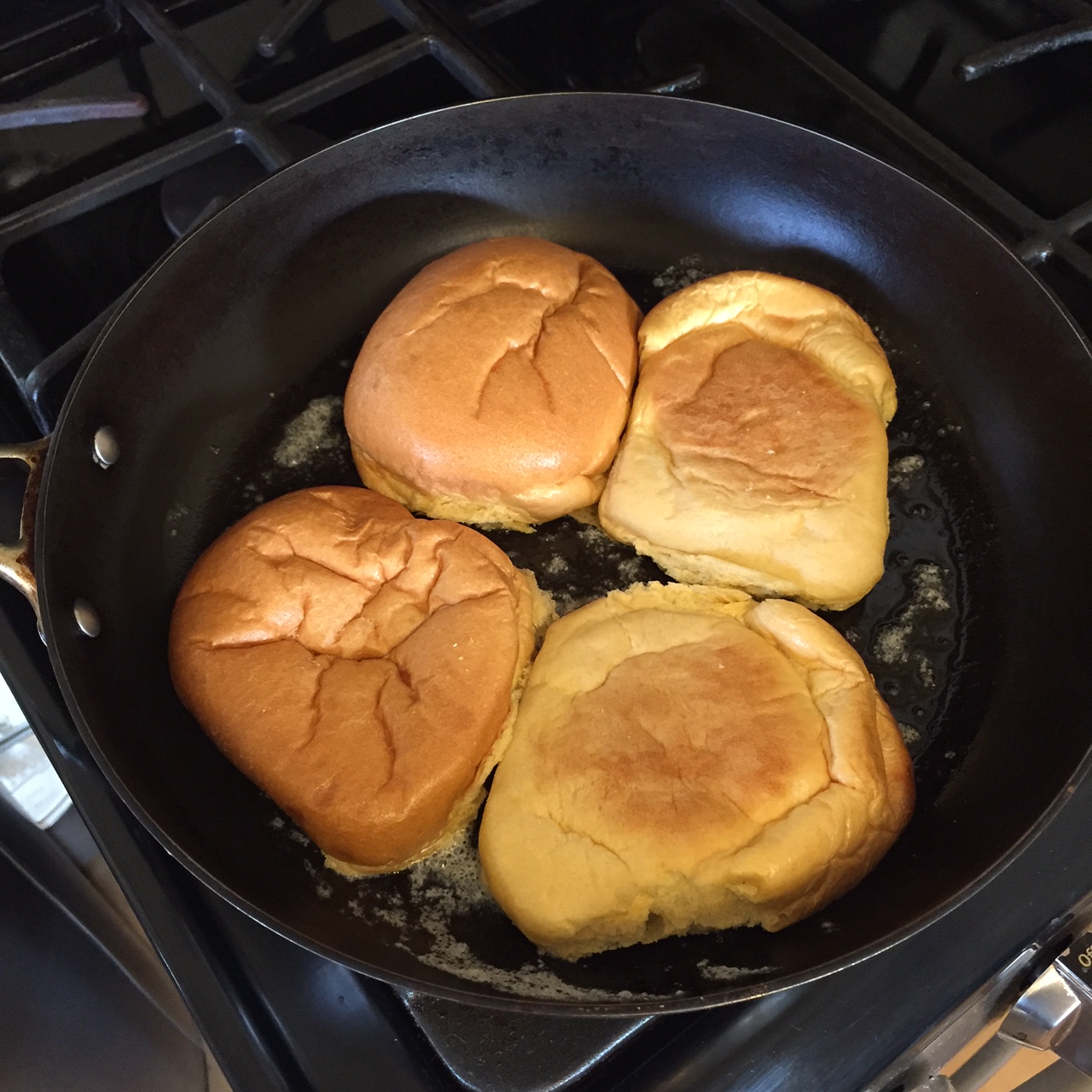 Once the buns or rolls get a little toasty, they will smell like a grilled cheese sandwich. Remove them from the pan and place hem on your plate. If you want a bit of tang to cut the sweetness of the already sweet barbecue sauce and the maple-sweet ham try some Nance’s  Original Sharp & Creamy Mustard on one side of your roll. 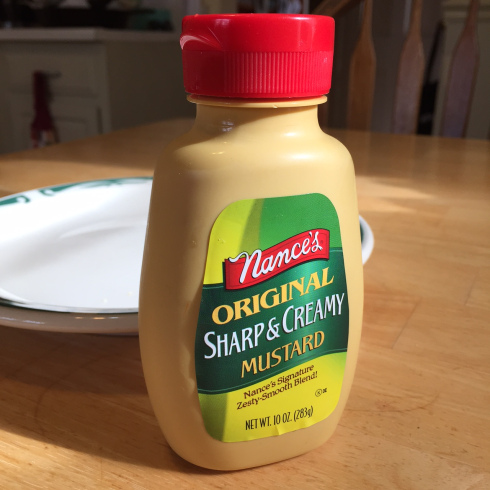 Get you some of that barbecue ham and lay it on top. 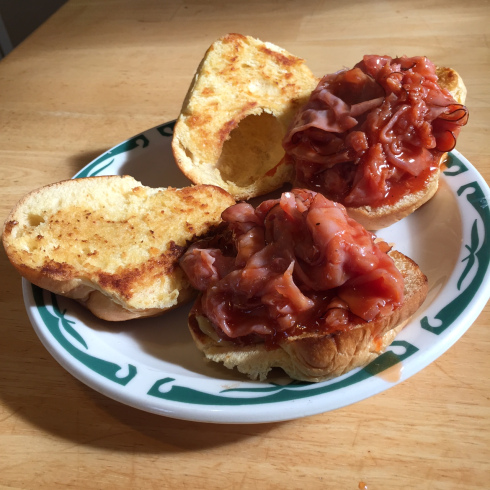 If you’re like me, you already have some Root Beer in the larder. 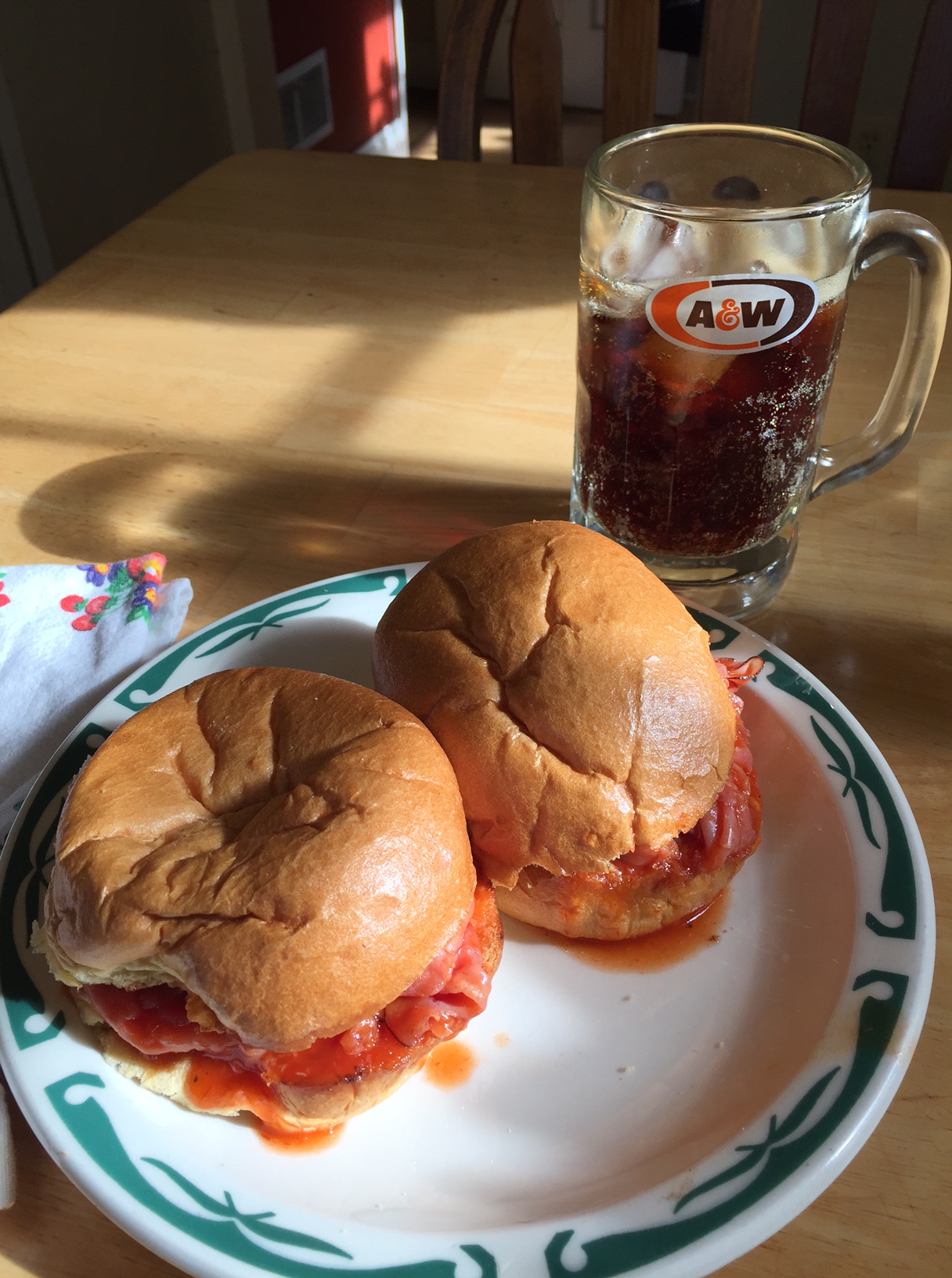 What are you waitin’ for? Get to it!

(Okay, one of these sandwiches will fill up anyone, but like I said, I’m a big eater. And A professional too. I can polish off a couple easily. Especially with a tall mug of root beer)