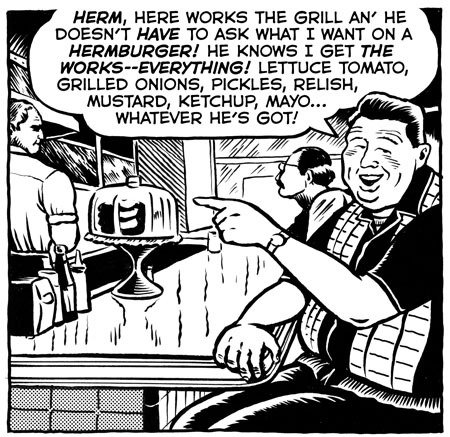 Since I’m putting this book together now, I thought I’d share part of the process here on this blog. I’m new to the whole blog affair so if I make weird missteps or I’m unclear in some way, please let me know.

So, back to making this book. From digging up the original strips long buried in flat files, discovering what strips are gone forever, and which missing strips I could re-create, to scanning for reproduction and the additional challenges I’ve been encountering along the way, I’ll lay it out here on this HOUSE of ZING blog.

I created the character, Eddie Longo. and the restaurant review comic strip columns back in the mid 1980’s while living in Seattle. They were originally done for the now long-gone, but not forgotten Seattle ROCKET – a Seattle entertainment tabloid that came out monthly.

I had done some food writing when I was living in San Diego some seven years before moving to Seattle and I found that I missed the food scene. This time, however, I wanted to combine my former love of food writing with my new love of creating comics. So the Eatin’ Out with Eddie strips were born. Happily, the character Eddie Longo and comic strips were quite popular and well-matched to the readership of the ROCKET, much as I suspect these strips would appeal to any alternative newspaper reader looking for a unique way to cover the local restaurant scene.

And yes, the comic strips were actual restaurant reviews with the fictional character, Eddie Longo as your culinary guide to the region’s eateries.

From the start, I only wanted to do restaurants that I really liked. It seemed crazy to spend all that time eating somewhere, writing the review and then sitting down to draw it. I wanted the entire experience for me and the reader to be enjoyable.

In fact, Eatin’ Out with Eddie became so popular that a local KING radio talk-show host invited me on the air first as Mark Zingarelli, the creator behind the Eatin’ Out with Eddie strips, and then subsequently as Eddie Longo himself. And truth be told, Eddie Longo was as close yo an alter ego I could have so the stretch wasn’t that great. It made for good midday entertainment and a lot of listener interaction.

And since Eddie’s backstory was that he was originally from Pittsburgh, I put on the “yinzer” Pittsburghese accent so well-known to people from the Pittsburgh area when I was on-air as Eddie Longo.

The image above is the cover for the first self-published and self-printed mini-comic… The Eddie Longo Reader.
About ten years ago, I put together an inexpensive mini-sized comic book collecting all the Eddie strips. It was an okay compendium as it was, but I quickly realized that the strips should be reproduced larger (my original art was over 200% of the printed size in the ROCKET and in the min-comic) and there seemed to be a need for additional material. Foodie stuff. An expansion on Eddie’s love of condiments, the kinds of sandwiches he liked best and maybe a few recipes. Yes, the collected Eddie book needed more.

Look for Part 2 of this series when I discuss finding a great collaborator (and long-time fan) from Seattle to help move this project along and how I began the task of re-scanning the original art and filling in the missing pieces.

So in the parlance of Eddie Longo, “Until next time, cuz, let’s eat!” 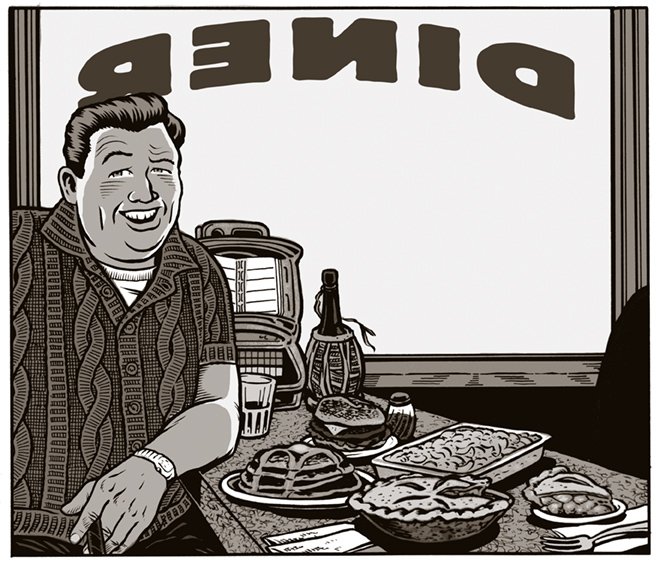